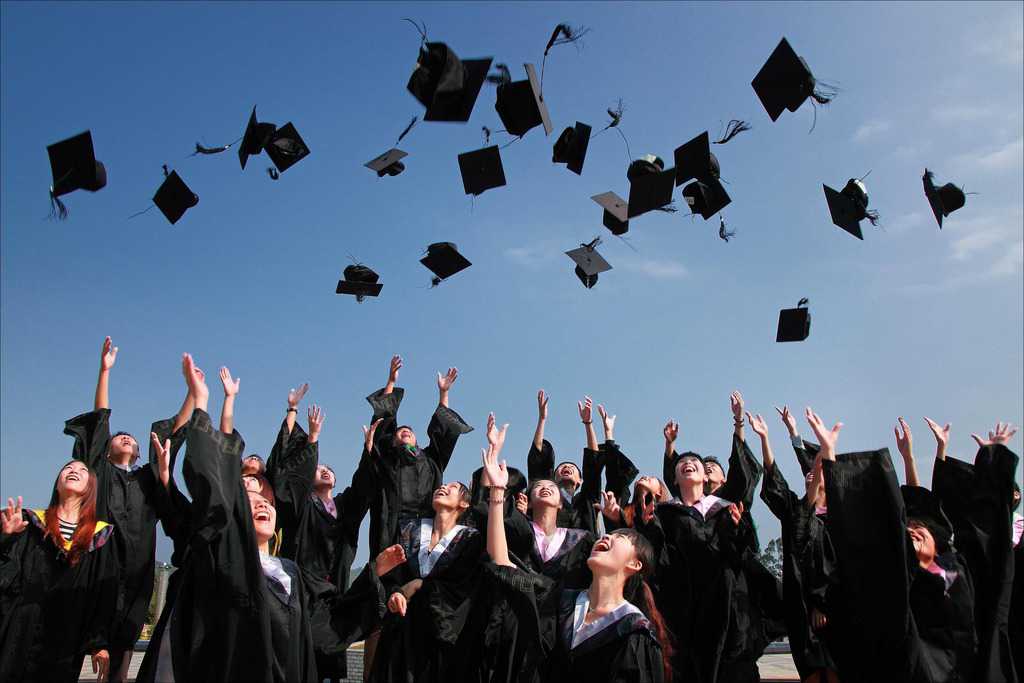 Interestingly enough, most people do not realize that modern day graduation ceremonies actually come from customs that were established by the European universities of the Middle Ages. If you have ever wondered why there are so many rituals when a graduation ceremony is about to happen, you will find out that everything came from the 1200s.

The first part of a graduation ceremony is going to be the graduation cap. This is also called a mortarboard and it was believed to have been developed from the biretta. Everyone at one point has seen a biretta. It is the square That has three or four peaks worn by Roman Catholic clergy and academics. Most of these caps are either in red or black. During the 14th and 15th century these caps were popular for students and even artists to show off their superiority and their high intelligence. The mortarboard is used by bricklayers and it was originally worn by those who had achieved a master or doctorate degree. In today’s graduation ceremonies, everyone is able to wear a mortarboard or cap.

The class ring is also another important part of a graduation ceremony. The first class ring appeared in 1835 at West Point. These rings were designed to represent the school and all of the graduates all wore the same style. As time went on, these rings became personally individualized. Now, class rings can be made specifically for the individual graduate.

Pomp and circumstance is written by Sir Edward Elgar in 1901. This song is also known as Land of Hope and Glory. The tune has been modified and the lyrics were also added to celebrate the crowning of King Edward VII. The song was played in honor of his accomplishments, then it became a tradition for all future graduations.

The diploma is also another important part of graduation. It used to be called a sheepskin. Diplomas originally were handwritten on paper thin sheepskin before getting rolled up and tied with a ribbon. This tradition ended 100 years ago when the diplomas started to become printed on parchment paper instead. Diploma covers were also designed to protect and store the diploma.

The tassel is the next part of getting ready for the end of a graduation ceremony. Normally, the tassel will sit on the right side of the cap, then once the diploma is received and everyone has gone through the ceremony, the tassel is then moved to the left side of the cap symbolizing that a diploma has officially been earned. Most graduates will end up keeping their cap and gown as part of their education.

Graduation celebrations can be held at restaurants, parks, or at family homes. When it comes to a graduation party, you can expect to have lots of food and gifts. If you are from a large family, it is a good idea to have a “wish list”, so that your family members and friends will know what items you need before heading off to college. It really helps out, because not everyone knows what to get a recent graduate. Obviously, cash is always a good thing, but you want to be sure that you think ahead about college furniture and other items that are going to become necessities. Don’t forget to invite all of your friends that you went to school with at your graduation party. Normally, the graduation parties will start at the end of May and will run all the way into July depending on the graduation date of your school. A simple barbecue or you may want to have a catered graduation party – the point of this type of party is to relax and enjoy your success. This type of party can be casual and it can be relaxing. It is a great way to come together with all of your schoolmates and get ready for the next journey of your life.