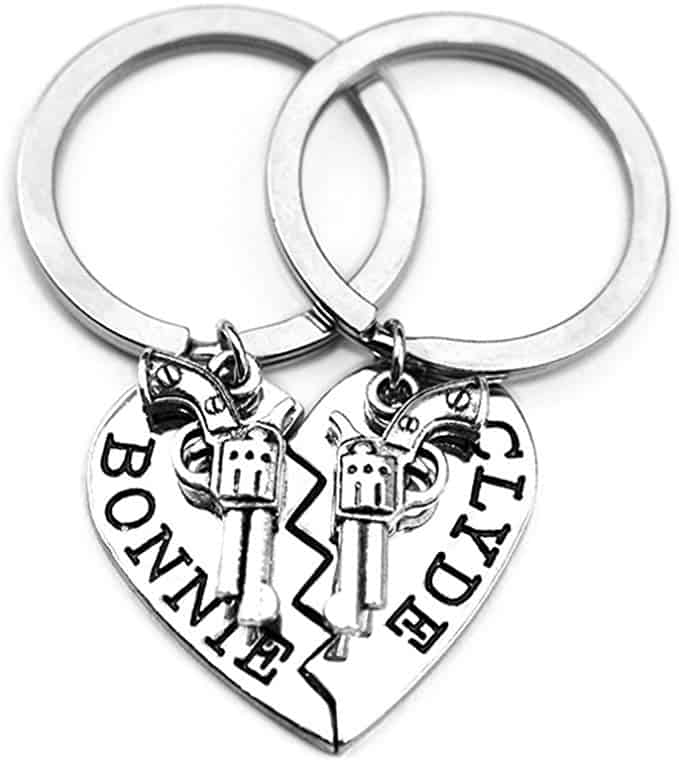 The Bonnie and Clyde love story is not only amazing, but it is a crazy crime spree of two individuals doing whatever it took to be together, but also doing pretty much anything and everything to survive.

Here are important facts that most people do not know about Bonnie and Clyde.

When Bonnie died it was known that she died wearing a wedding ring. Now, this wedding ring was actually not Clyde’s. Bonnie was only 15 when she married one of her classmates named Roy Thorton. She was extremely young and the marriage ended within only a few months. Bonnie never saw him again, because he ended up going to prison for robbery in 1929. Shortly thereafter Bonnie did finally meet Clyde and the two fell in love. Bonnie never had a chance to divorce Thorton, so when she died she was wearing his wedding ring and had a tattoo the inside of her right thigh with two interconnected hearts labeled as Bonnie and Troy.

Bonnie and Clyde were killed in 1934, but she still was ultimately married to Roy.

When Bonnie was in school, she excelled tremendously in creative writing and writing verses. When she was imprisoned in 1932 after she rubbed a hardware store, but failed – she ended up writing a collection of 10 odes that she entitled “Poetry from life’s other side” which also included “The story of suicide Sal” – a poem about an innocent girl that gets led into a life of crime.

What is tragic is that two weeks before her death, Bonnie gave a poem to her mother that was called “The trails end” with the final verse “Some day they’ll go down together; and they will bury them side-by-side, to a few it’ll be grief – to the law a relief – but it’s death for Bonnie and Clyde.

When Clyde was a teenager, he attempted to become enlisted in the U.S. Navy, but he still had lingering effects from a serious illness when he was a child. It was believed to have been malaria or yellow fever that ended up coming a medical rejection for Clyde. This was a really hard thing for Clyde to take him, because at the time he had already tattooed USN on his left arm.

Clyde got his first arrest when he failed to return a rental car. This arrest happened in 1926 for automobile theft after the car had been rented in Dallas to go visit and estranged girlfriend, but the rental car company ultimately dropped the charges, however Clyde still had that on his record. A few weeks later he was arrested with his older brother”Buck” for even more crime possession of a truck load of stolen turkeys.

Bonnie and Clyde did more than just rob banks, because when they were doing their crime spree it was also considered the depression era. While they did rob banks – they also would occasionally rob small gas stations and grocery stores. You would think they might end up with a huge score, but sometimes it only made less than $10 from these types of risky robberies.

When Clyde was serving a 14 year sentence in Texas for robbery and automobile theft in January of 1932, he finally decided he could no longer work for the Eastham Prison Farm, because it was such brutal prison. Clyde had to take matter into his own hands. He had already tried to get a transfer to another facility, but this time he took an axe and severed his left big toe and a portion of a second toe.

It is still unknown whether or not he did have help when he did this, but the self-mutilation crippled him to the point where he could not wear shoes while driving. He ended up being released on parole six days later.

On June 10, 1933 – Clyde along with Bonnie in the passenger seat were driving along the country roads of North Texas so fast that he missed a sign and ended up crashing through a barricade at 70 miles an hour flying through the air. Bonnie ended up with severe burns resulting in some areas of her leg where the bone was exposed. The injury was bad enough that Bonnie ended up with a limp the rest of her life from it. At sometimes the pain was so great that Clyde would have to carry her around.

At the scene of Bonnie and Clyde’s death – souvenir hunters were actually trying to cut off body parts of the two for souvenirs. According to a book called Go Down Together by Jeff Guinn – one man tried to cut off Clyde’s ear with a pocket night while another was trying to cut off his trigger finger before all of the law enforcement officers appeared.

Here is a great Bonnie and Clyde handcuff keychain set is perfect for couples. Who isn’t going to love this his and hers Bonnie Clyde keychains set? This keychain is a shiny silver color that is really shiny. The epoxy protects the image and it is really durable and scratch resistant. This pendant will not shatter like other glass pendants that are normally sold. The listing is for two keychains that also includes a key ring and silver tone charms.

SouthernSisters.com has a really cute Bonnie and Clyde keychain set that is a bestseller. This is extremely affordable and it is under $15. It has a two-tone feature with revolvers on each keychain.

Bonnie and Clyde keychains and any other memorabilia about these two shows the history and the love of their relationship. They had a crazy life with lots of crime ultimately to end up dying at the end. Even though these two were together, Bonnie and Clyde were split in death. They were buried from each other. While they did wish to be buried side-by-side, Bonnie’s mother disapproved of the relation with clyde,so she had Bonnie buried in a separate Dallas cemetery. Clyde was buried next to his brother Marvin that had a hand-picked epitaph: “Gone but not forgotten.” 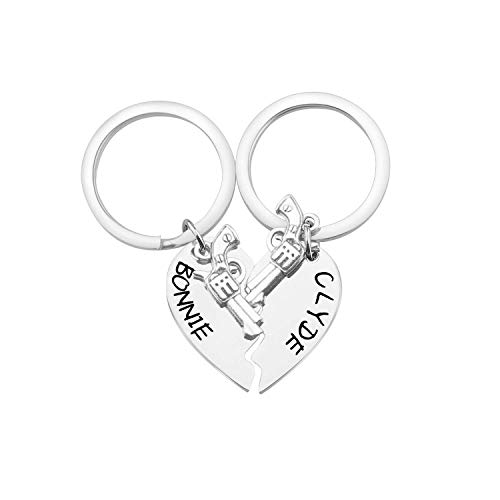 Building a Man Cave Home Office on a Budget: Inspiring Ideas and Tips

7 Reasons for Men to Wear Cologne