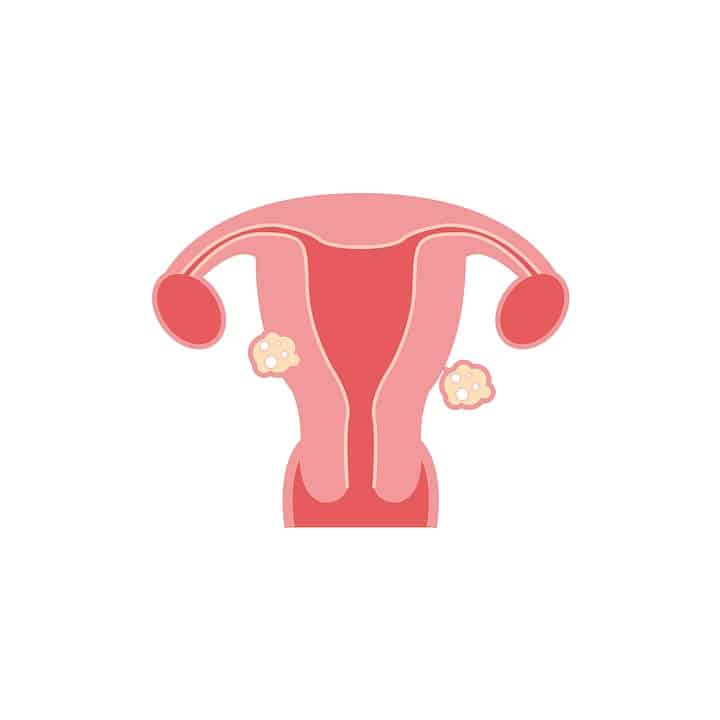 In medical terms, fibroids are non-cancerous tumors that grow from the muscle layers of the womb. They can vary from the size of a bean to as large as a melon. The other terms for fibroids are myomas and leiomyomas. Studies show that approximately 30% of women by the age of 35 years and around 20 to 80 percent by the age of 50 years are affected by fibroids. In general, they tend to develop between the ages of 16 to 50 years. These are considered reproductive years during which estrogen levels are higher.

Before diving into the topic, we have prepared a number of facts about fibroids and they are as follows:

Doctors typically differentiate between four types of fibroids and they are listed below:

Subserosal fibroids: these are the ones that extend beyond the wall of the womb and develop within the surrounding outer uterine tissue layer. They can also transform into pedunculated fibroids, where they have a stalk and can become quite large.

Intramural: this is the most common type of fibroids. They are embedded in the muscular wall of the womb.

Submucosal fibroids: these fibroids can push into the cavity of the womb. They are generally found in the muscle beneath the inner lining of the wall.

Cervical fibroids: they typically take root in the neck of the womb and are also known as the cervix.

It should be also said that fibroids’ location in the womb determines the classification.

As was mentioned previously, not everyone experiences symptoms. Only 1 in 3 women with fibroids will eventually experience them. They might include:

The growth of fibroids will continue until menopause. When estrogen levels fall after menopause, the fibroids usually shrink.

This type of problem is normally diagnosed during routine pelvic examinations. Some diagnostic tests are able to diagnose fibroids and they are as follows:

According to specialists, fibroids treatment is only recommended for those women who experience symptoms as a result of fibroids. If they do not affect the quality of life, treatment might be not necessary. Fibroids are believed to lead to heavy periods but if they do cause major problems, a person might decide to avoid treatment. During menopause, symptoms normally become less apparent or can even resolve completely.

Fibroids treatment may take several forms: either medication or surgery. The decision on the treatment plan is taken based on the location of fibroids, the severity of symptoms and future childbearing plans.

When it comes to medication, doctors typically recommend making use of GnRHa, which stands for a gonadotropin-releasing hormone agonist. It stimulates the body to produce less estrogen and progesterone, which in turn shrinks fibroids. It should be also mentioned that GnRHa stops the menstrual cycle without affecting fertility after the end of treatment. However, this type of medication can cause hot flashes, a tendency to sweat more, vaginal dryness and in some cases, a higher risk of osteoporosis. You should keep in mind that GnRHs are for short-term use only. There are also other medications available but they tend to be less effective in treating large fibroids.

Fibroids treatment can be also done with the use of surgery. This is normally the case when they do not respond to more conservative treatment options. Therefore, the list of possible surgeries is depicted below:

7 Reasons Why a Perfect Smile Can Help Your Career

How Important Is Self Care for Men Today