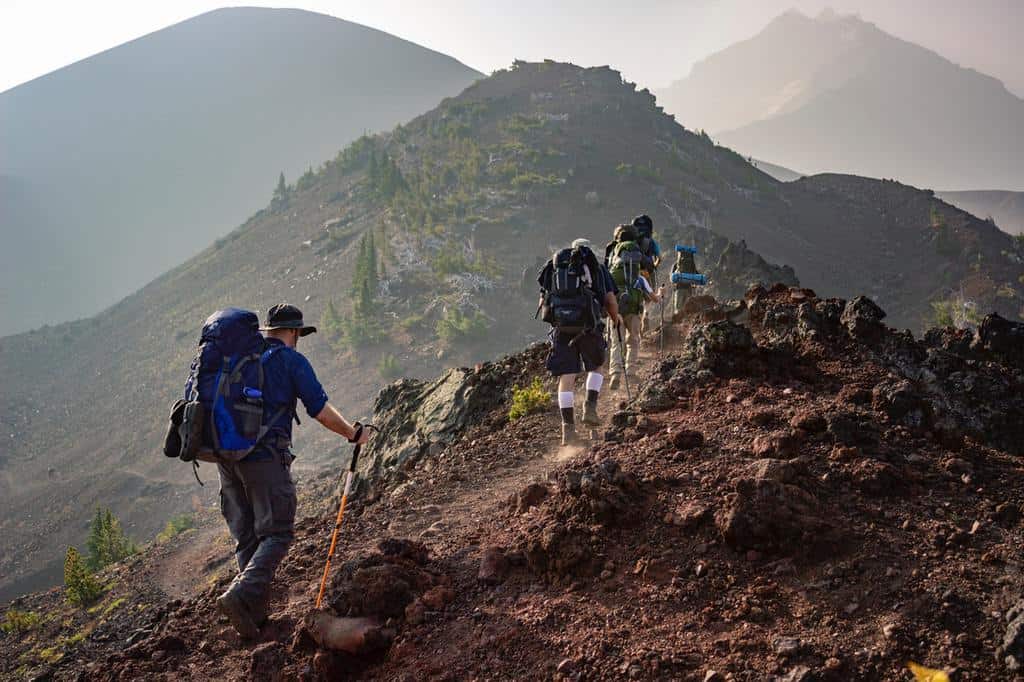 With an abundance of well-trodden tracks and off-the-beaten paths, Europe is home to scores of scintillating hiking trails.

Whether you prefer a gentle walk through raking vineyards, challenging rock climbs with steep ascents or tackling the unpredictable terrain of icy glaciers, we bring you our favourite five walking routes in Europe.

There are few places in the world that boast as much diverse and varied scenery that the Norwegian Fjords. This awe-inspiring part of the world also has a good handful of walking trails to choose from and picking our favourite was not easy, to say the least.

In the end, we plumped for Romsdalseggen Ridge. Most of the locals say this is the most visually engaging point-to-point treks in Europe and we’re not going to disagree with the locals. The other reason, however, is that Romsdalseggen Ridge has three different routes so is ideal for walkers of all levels.

The toughest trail is pretty demanding so be prepared. With a total elevation of 960 metres, the rocky terrain should only be tackled by experienced hikers that are in good physical condition. In the steepest parts, chains are bolted to the rocks – which gives you some idea as to what level of experience you will need.

If you’re looking for a family holiday with a difference, there are few places as unique as Iceland. The country’s diverse natural landscape is pure eye-candy. There’s also plenty of ways you to keep the kids engaged by playing games and nature challenges.

Italy’s famed Amalfi Coast deserves all the plaudits, and the best way to take in the breathtaking beauty is by walking. With spectacular scenery, sweeping vineyards, colourful box houses and a quaint sandy bays en route, there is plenty to admire.

The 10km section between Praiano and Positano is considered the highlight of the Amalfi. It’s not called the path of the Gods for a nothing you know. Actually, the reason for the name is because of the abundance of Roman temples along this ancient path – but the paradisiacal views are worthy of its title as well.

Meteora has been described as a “place for people to find peace and harmony.” The reason behind the description pays homage to the 11th Century monasteries perched on the dramatic cliff edges and outcrops in the mountain valleys of Thessaly.

In fairness, Meteroa is very peaceful and spiritual. But it is the awe-inspiring scenery and uplifting walks which raise your spirits. From afar, the red-tiled roofs of the Eastern Orthodox monasteries appear to be suspended in mid-air, reached only by walking the winding paths that wrap around the rocky outcrops.

Regarded as one of the most picturesque landscapes in Europe, Plitvice National Park in Croatia is home to a bunch of turquoise lakes, tumbling waterfalls and suspended boardwalks that break up the lush green terrain of flora and fauna.

There are a number of walking trails to choose from which makes this a great day out for families and ramblers of all experiences. There aren’t any particularly tough walking trails for adventurous trekkers, but this is a unique destination you will not want to miss if you are planning to tackle any walking routes in Europe.

List of Best Shopping Places & Things to Buy in Bhutan

Great Cities to Live in California That Aren’t LA