UFC fighters and other MMA athletes are among the most physically fit people in the world.

Through intense training, dieting, conditioning, and determination, UFC stars have set a golden example of how to get your body into peak shape. And by following some of their tips and methods, you too could get your body into elite shape like that of a professional MMA fighter.

Many of these fighters have shared details on their workout programs, including Euclid, Ohio native Stipe Miocic. The 6-foot-4, 240-pound Miocic has gone 20-4 in the UFC, including wins over Daniel Cormier at UFC 241 and UFC 252.

Miocic’s last fight took place against Francis Ngannou at UFC 260, which the latter won via knockout punch. There has been speculation for a while now about Miocic and Jon Jones squaring off in the octagon, but no date is set in stone. Jones tweeted at Miocic on Oct. 27, demanding him to sign a contract to make their fight official.

The state of Ohio is slated to launch mobile/online sports betting on New Year’s Day 2023, and there will be several special offers for new customers to take advantage of upon signing up. This will include the BetMGM Ohio bonus code in which users will get $200 in free bets upon signing up. 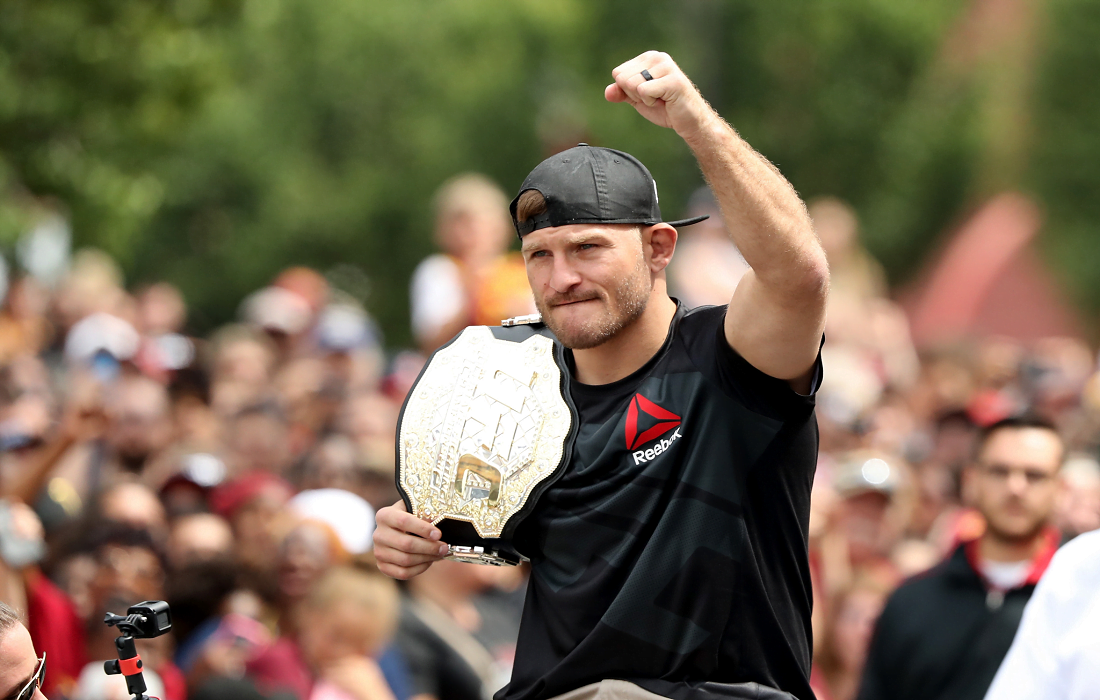 In an article posted by Kelsey McCarson at Heavy.com in October, Miocic detailed six of his free fitness tips that keep him in strong shape.

Some people want to focus strictly on weight loss, which usually means doing plenty of cardio. Others want to simply add muscle, which means mostly weightlifting. For Miocic, he makes sure to cover all aspects.

“It’s a little bit of everything,” Miocic told Heavy. “My diet, my endurance training, sparring, running. I just listen to my body to make sure I’m healed up.”

Getting into your best possible condition means changing up your forms of exercise. For instance, having one or two cardio days a week to complement your weightlifting training would go a long way in maximizing your results in a timely manner — as opposed to only doing cardio or weightlifting.

Miocic also told Heavy that his longest running sessions are three to four miles per, and that he does so once or twice per week. The point, again, is that you shouldn’t just focus on lengthy running sessions to get yourself in the best possible shape.

Miocic added that he uses an anti-gravity treadmill which is a lot easier on his legs.

Because he’s an MMA fighter, Miocic isn’t strictly focusing on weightlifting and cardio. He’s always trying to move his body during his workout sessions as a way to build up his endurance, which is vital for any pro athlete.

He told Heavy that he likes five-minute intervals where he’s not necessarily going 100 percent, but where he’s keeping his body moving.

And lastly, he stressed the need to give yourself recovery time. You might think that working out six to seven days a week is better than four or five days a week, but this isn’t exactly the case. If you’re not giving your body rest days, you’ll put yourself at risk of serious injury.

Perhaps you’ve heard the phrase “Abs are made in the kitchen”, and it’s completely accurate.

Eating a very healthy diet but doing little intense training/exercising is simply better than exercising frequently but consuming unhealthy drinks and beverages whenever you want. You simply won’t get results if you eat so-called junk food more than healthy food, no matter how much you work out.

There are countless diets out there for everybody. If you want to focus on adding muscle to get in shape like that of a UFC star, some of the best items include vegetables, nuts, meats (steak, chicken, turkey), fish, and more.

Back in June 2021, ESPN’s Marc Raimondi published an article that detailed Conor McGregor’s diet. McGregor, one of the biggest stars in UFC history, prioritizes getting proteins and carbohydrates in his diet, so this would include fish, chicken, rice, eggs, and more.

You can try all sorts of different diets and eating styles to get yourself in prime shape. The bottom line is that you need to focus on the right diet just as much as the proper workout program if you want to get in peak condition.

7 Convincing Reasons Men Should Meditate & How to Do It Right

Can Temperature Affect Your Workout Routine?

Everything You Need to Know About a Nursing Director Career