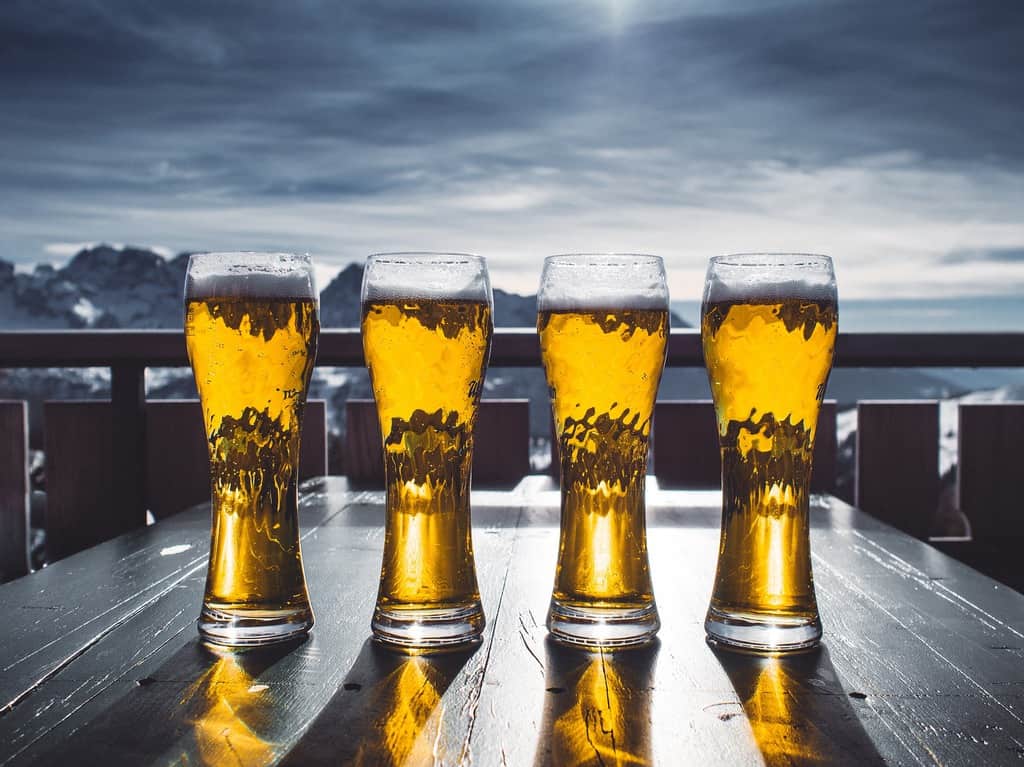 Every beer enthusiast worth their salt knows that pint glasses are the only respectable way to enjoy a “cold one.”

Drinking straight of the bottle? Have some self respect! Or maybe you’re sipping your beer from can, like an absolute degenerate.

Do yourself a favor, and get yourself a decent set of pint glasses. Choose some high quality glasses, and they’ll last you for your entire life. Everytime you pour yourself a glass of lager or ale, you’ll be glad you made the investment.

Your pint glasses might even be passed down from generation to generation, staying in the family for generations. You never know.

But before we get into our top recommendations, let’s explore a little bit more about the history of the humble pint glass.

Prices and images pulled from the Amazon Product Advertising API on:

Pints Throughout The Centuries

People didn’t always drink beer out of pint glasses. Before this groundbreaking innovation, beer drinkers sipped their ale from something called a “tankard.”

This was a primitive glass made from pewter, ceramic or even wood – usually with a lid. While tankards still have a classic appeal, they also have a few notable disadvantages. For one, you can’t actually see what you’re drinking.

Throughout much of early English history and until the end of the Victorian era, pubs served beer in dimly lit rooms with tankards. But as lighting systems improved, patrons began to notice that their beer looked quite murky.

Some beer even had sediment floating around inside!

Beer drinkers weren’t happy, and the glass pint was introduced to assure patrons that they were drinking crystal-clear, high-quality beer.

Funnily enough, the famous writer George Orwell wrote about his ideal pub, and criticized the invention of the glass pint. He boldly stated that “beer tastes better out of china.”

As time went on, the beer glass changed and evolved to match the fluctuating culture of Britain. After World War 2, a rounder beer glass with indentations became popular. Many pointed out that it looked like a hand grenade.

To match the “swinging 60’s,” a curvier, taller beer glass was introduced with a characteristic bulge about one inch from the top. This was to prevent the top rim of the glass from chipping as it was washed – as pint glasses would often smash against each other.

And yes, eventually the pint glass found its way to the “new world,” where it was used in countless American pubs. But for whatever reason, the American pint is still 4 ounces less than the British, 20 oz pint glass!

Today, there are all kinds of different pint glasses available. But the most popular shape seems to be a glass with straight sides, a narrow base, and a steadily increasing circumference leading up to the rim.

Let’s explore some of the options, shall we?

If you want to grab a whole set of pint glasses, then we definitely recommend Kona’s “Longboard” Pint glasses.

There’s something about this aesthetic design that we really like. In case you didn’t know, Kona Brewing is based in Hawaii, where surfing is huge. That explains why the logo on this beer pint is a classic surfboard design.

The logos are printed onto the glass in a red color, and the effect is very nice.

If you prefer Pacifico Cerveza, then these beer pint glasses are for you.

Proudly emblazoned with a large Pacifico logo, you can enjoy your favorite cerveza in these glasses. You can even frost them before pouring if you want.

There’s also a laser-etched ring in the base of the beer glass that aids in beer nuclation.

When the glass base features special indentations, it helps create larger and more numerous bubbles. It’s a great feature, and one that you won’t find on every beer pint glass.

These are some seriously stylish beer pint glasses, and you should definitely consider them for your collection. 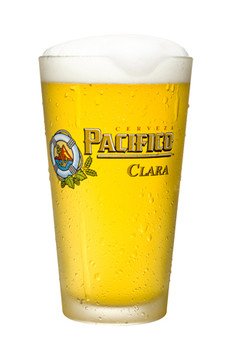 Once again, the design of the logo is what really captured our attention here.

Blue Moon is an American-based brewery owned and operated by Coors. The brewery is known for its Belgian style beers, such as wheat beers.

When we see this Blue Moon logo, we think of Frank Sinatra’s famous song from way back in the 1950’s. Even if you’re not a fan of the Blue Moon brewery, this pint glass evokes classy vibes and nostalgic feelings (at least for us, anyway).

These pint glasses are completely dishwasher safe and made from commercial grade glass. The quality definitely seems to be there, so these might be a solid option if you’re searching for a set of pint glasses that will last.

These beautiful pint glasses are made by a company called Black Lantern, and they come in a beautiful rustic cardboard box. A lot of care and attention has obviously gone into these glasses, and they’re printed by hand in the USA.

In addition, the glasses themselves have been manufactured in the USA.

So what’s so special about these pint glasses? Well, there’s a screenprint on the side that is unlike anything we’ve ever seen before. Dominating the side of the glass is a beautiful silhouette of a cluster of trees.

If you appreciate the great outdoors and the wonderful forests of America, these might be the perfect glasses for you.

You might even consider buying these for your cottage or cabin. Stock the cupboards with these glasses and create a rustic theme for your getaway location.

The printing process is completed with black ink in a very high quality process. 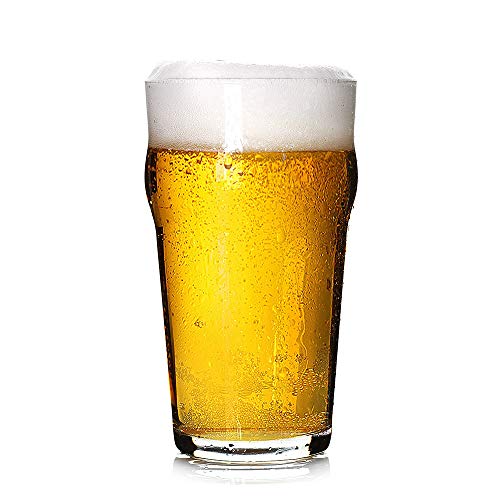 These are definitely some of our favorite beer glass pints.

They are hand-etched with some of the best beer quotes ever, from great thinkers such as Martin Luther, Benjamin Franklin, Jack Nicholson, and many others.

You can buy these glasses as a set of six, and each glass is unique and interesting in its own way.

Prices and images pulled from the Amazon Product Advertising API on: