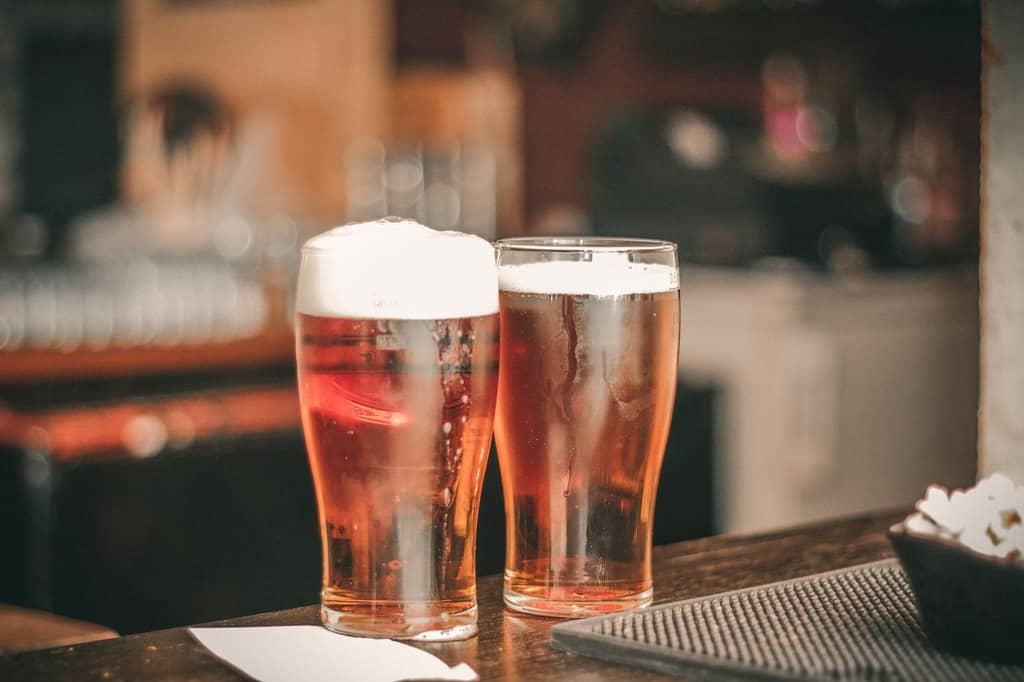 In the United States, people have been enjoying alcoholic beverages for countless years. Globally, alcohol has been a major part of human history since time immemorial.

If you go by the hieroglyphs, even the workers who built pyramids in ancient Egypt were paid in beer.

Fast forward to the current age, and people are just as enthusiastic about alcohol as ever.

With that said, we often forget that alcohol has a very interesting history, especially in the United States.

Alcohol was once completely outlawed in the prohibition era, and it remained that way for countless years.

Although beer is now legal across the United States, there are many so-called “dry counties” where alcohol is still illegal under beer liquor laws.

The interesting thing about the United States is that laws and regulations can vary drastically from state to state – especially when it comes to alcohol, beer liquor laws.

If you want proof of this, just check out some of the more “colorful” liquor laws across the bible belt (and other US states)…

On Sunday, You Cannot Purchase Alcohol After Noon In A Grocery Store In Texas

In many states across America, you can buy wine and beer in grocery stores. But not so fast! Try to put a bottle of wine in your shopping cart in Texas after noon on a Sunday, and you’ll immediately be reprimanded and forced to put the wine back.

This is one of those states that has a very specific stance on beer liquor laws during Sunday, and you’ll need to plan ahead if you want to drink on this day.

Beer, Wine, and Liquor All Have Different “Curfews” In Texas

While we’re on the subject of Texas, we should probably point out that each type of alcohol in this state has a different curfew. This means that if you like beer, you’ll have to buy it before a certain time.

And if you like wine, you’ll also need to keep tabs on a completely unique schedule.

The same goes for hard liquor, and if you want to drinks spirits such as whiskey, you’ll need to act before a specific curfew.

This shouldn’t be too much of a hassle for those who actually understand the laws… But if you’re out of town and you’re visiting Texas randomly, it could be seriously confusing.

North Carolina is another example of a state which has some pretty strange and interesting beer liquor laws.

One that really caught our eye was the fact that establishments cannot promote “drink deals.”

What are drink deals?

This strict liquor law kind of makes sense – at least from a perspective where alcohol is seen as potentially harmful to society (which it is).

The law basically prevents “encouraging” people to drink more than they would if there were no deals in place.

South Carolina also has some pretty strict beer liquor laws, and you’ll need to visit certain establishments if you want to drink alcohol on a Sunday.

This is because only certain restaurants are legally allowed to sell alcohol. If you want to be part of this club as a restaurant owner, you’ll need to apply for a special permit.

We’re not exactly sure what the application process is like, and what kinds of steps restaurants need to take in order to get approved.

But it’s safe to say that South Carolina has some pretty strict beer liquor laws in place.

In Alaska, You Can’t Buy Alcohol Until The Polls Close On Election Day

Okay, we have to admit it – this liquor law actually kind of makes sense. After all, exercising your right to vote is a very serious process – and one that you should probably be sober for.

That was probably the logic behind Alaska’s decision to ban the sale of alcohol until after the polls close.

Although it might seem a little strange and over the top, this is probably one of the most logical beer liquor laws in this entire list.

In Utah, You Can’t Order Alcohol At a Restaurant Without Ordering Food

It’s also probably a good idea to ensure that people are eating food while they drink – especially when they’re drinking somewhat heavily.

It’s a well-known fact that you become inebriated at a much faster rate if you’re drinking on an empty stomach. This liquor law would (in theory) help people stop becoming too intoxicated.

But something tells us that this wasn’t actually why this liquor law was introduced. In fact, we’re pretty sure that Utah just randomly decided that it was “unseemly” for people to drink a beer without eating a meal at the same time.

In any case, it seems a little excessive to ban people from simply enjoying a beer on its own.

Our theories about Utah’s perception of liquor consumption is somewhat confirmed when you consider this law.

Remember, there’s a large evangelical and Mormon population in Utah, and they have very… particular ideas about alcohol.

Due to their beliefs, alcohol is seen as something of an oppressive or offensive prospect.

And because of this, Utah has made it mandatory for all bartenders to prepare alcoholic beverages behind a protective, opaque screen. The idea is that the barrier prevents children from witnessing the process of alcohol being poured and prepared.

We’re not sure whether or not this law is truly necessary, but it sure is interesting!

You Can’t Sell Alcohol With “Provocative” Labels In Alabama

If you’re a beer connoisseur, you’ve probably seen some interesting labels in your time. Perhaps you’ve even seen a few with “pin-up girls” or similar “provocative labels.”

You might have even seen these labels on wine or spirit bottles.

But these kinds of labels are strictly prohibited in Alabama.

We’re not exactly sure why. After all, if you’re old enough to buy alcohol, you’re probably old enough to see these kinds of images without feeling disturbed.

Those were just a few interesting beer liquor laws we discovered! There are plenty of others, and we’re sure our readers have experienced a few wacky regulations over the years…

DIY Cocktails Drinks and Smoothie Made with a Blender for Juicing

Are canned cocktails the new trend?