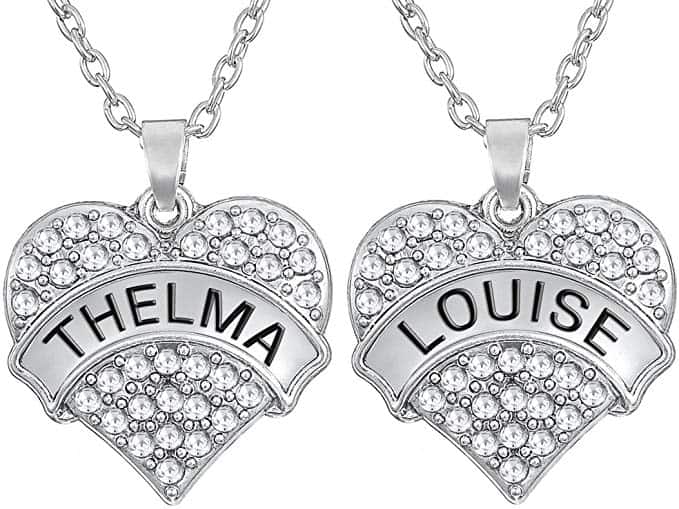 And while other movies might focus on romance or mindless violence, Thelma and Louise was all about one subject we can all relate to: friendship; celebrate your friendship with a Thelma Louise friendship necklace.

But Thelma and Louise weren’t just any set of friends. They were best friends, and that’s what makes this movie so special.

Because at the end of the day, we all have a friendship in our lives that mimicks the one between Thelma and Louise. Everyone has that one special person that they can trust with anything, no matter what.

Released in 1991, Thelma and Louise was nominated for no less than six academy awards, eventually winning Best Original Screenplay. This accomplishment was well-deserved, as the film was unique, well-written, and brilliantly executed.

Although the film was considered controversial at the time it was released, Thelma and Louise became an important accomplishment in the feminist movement, eventually becoming a classic.

It depicted women really exercising power and agency over their circumstances – and this was at a time when female characters were often at the mercy of their environments.

Although the film’s story takes place in Arkansas and the surrounding area of the Grand Canyon, filming actually took place in California and Utah. Regardless, the film depicts a stunning American landscape, and it’s considered a true American milestone in filmmaking.

In fact, the United States Library of Congress decided that Thelma and Louise was such an important part of American history that they decided to have it preserved in the National Film Registry.

If you were like many people who watched this movie, you might have left the theater (or the comfort of your own couch) feeling extremely inspired.

This level of inspiration might have been especially strong if you had a certain best friend that reminded you of Thelma or Louise. Maybe you even watched the movie alongside your BFF.

If this was the case, you might have decided to commemorate the film’s significance to your friendship by searching for a keepsake or piece of memorabilia.

Sure, you could get a movie poster or a t-shirt.

But if you really want to honor the underlying theme of Thelma and Louise, you’ll get something that represents friendship.

As luck has it, there are actually quite a few options for those who want to buy friendship bracelets that are Thelma and Louise themed.

Grab one of these necklaces, and you can honor your friendship and recognize your shared love for a classic American film at the same time. The only thing left to decide is which of you is the “Thelma” and which one is “Louise” in your friendship!

Here are some of the best options for Thelma and Louise friendship bracelets:

The first friendship necklace that we’re going to discuss is from Daniela Renee Designs, and it’s a truly high-quality piece of jewelry.

There’s a reason we put this piece at the top of our list, and it ticks off all the boxes. We really appreciate the bold, minimalist design of this bracelet.

It doesn’t have many bells and whistles, but that makes this bracelet all the more classy. The bracelet is made from high-quality, food-grade aluminum.

This is an excellent way to show how deeply you value your friendship.

Although there aren’t many fine details on this piece, the two engraved pistols on either side of the name really make this set of bracelets stand out.

This is the first of three JiangYan jewelry pieces that really caught our eye.

Since there are few more details on this bracelet, those who appreciate a little more flair might be attracted to this friendship bracelet set.

Made from Zinc alloy, these bracelets are relatively thin and sleek. That being said, there are plenty of interesting addition such as hanging jewels, pistol pendants, and circular nametags.

The circular nametag of each bracelet has been engraved with the words “Thelma” and “Louise” respectively. 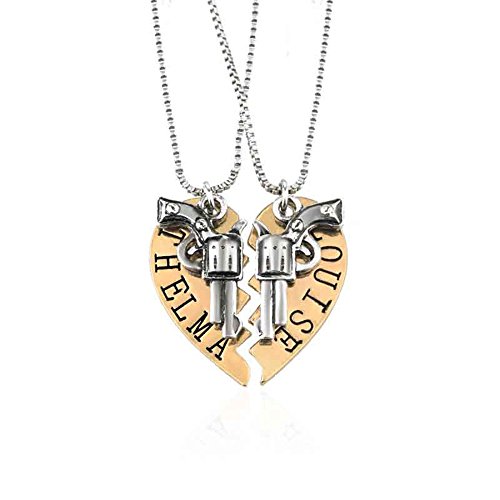 If bracelets aren’t really your style, you could always choose a Best Friend Necklace instead.

This particular necklace is essentially identical to the Thelma and Louise bracelets on this list, with the only difference being the fact that you’d wear it on your neck.

You’ll get two necklaces, each with one half of a broken heart as a pendant. On these necklaces, you’ll find an elegant pistol design, plus either the name “Thelma” or “Louise.”

This is an excellent alternative to a traditional friendship bracelet, and it shows your true commitment to your friendship. 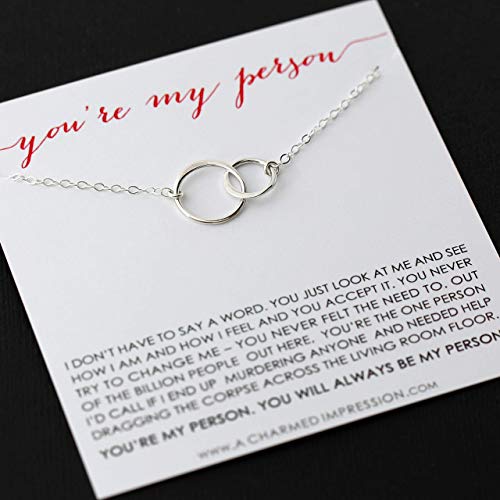 This bangle bracelet is very similar to the other JiangYan piece we mentioned earlier, but slightly more minimalist.

Just like the necklace, this bracelet set only includes a broken heart pendant with the names “Thelma” and “Louise” on each half of the heart. There’s also a gun design, which really adds a lot of flavor. 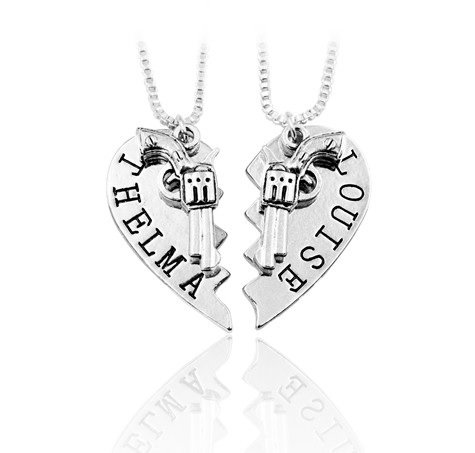 If you want to go with something really simple, consider this super minimalist GLAM hook bracelet.

Full disclosure: This bracelet has no mention of Thelma and Louise. It’s just a regular friendship bracelet, but it serves exactly the same purpose.

On the side of the bracelet, the words “Soul Sisters” is engraved. It’s a neat touch, and it definitely helps create a feeling of friendship.

Even better, you can choose either rose gold, silver, or normal gold metal tones. If you want to honor your friendship but you’re not crazy about Thelma and Louise, this bracelet is a solid option.

The biggest men’s sunglasses trends for 2022

How to Become a Successful Fashion Designer