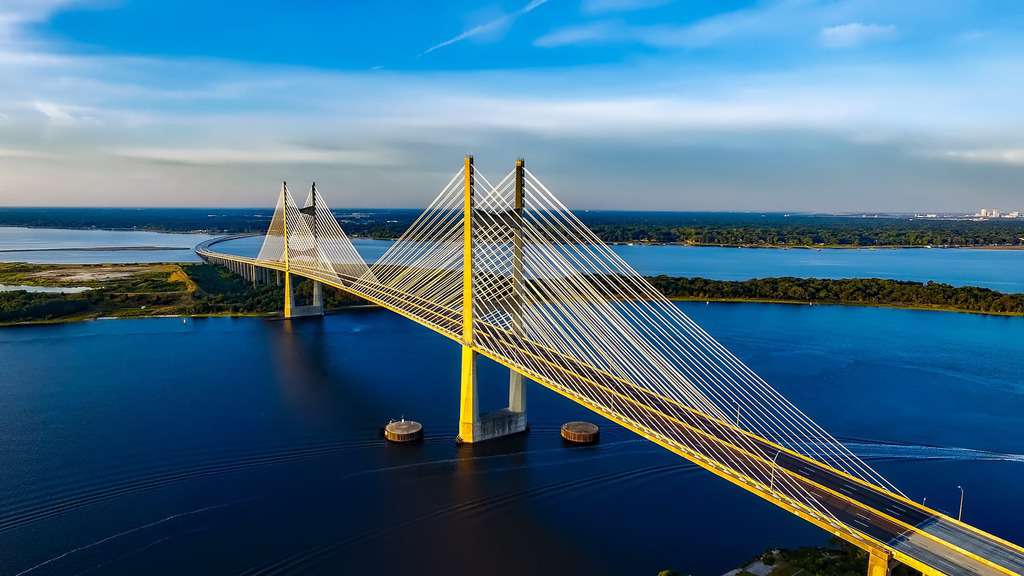 Jacksonville, Florida is a major city and metropolitan area located in northern Florida along the Atlantic Ocean. For the past decade, the Jacksonville area has continued to be one of the fastest growing metro areas in both the state of Florida and the rest of the country. Today, there are around 900,000 people that reside in the city of Jacksonville and 1.5 million in the metro area. There are five reasons in particular why people keep moving to the Jacksonville area.

One of the reasons why people keep moving to the Jacksonville, FL area is because of low taxes. People in this area of Florida can enjoy no individual income taxes or estate taxes. Compared to other states across the country, this can put up to ten percent more of your income directly into your pocket. Additionally, real estate taxes in this area tend to be more affordable than other areas of both the state and country.

Beyond the lower taxes that come with living in Jacksonville, the overall cost of living in the city is also far below other major cities across the globe. Overall, the city of Jacksonville has an affordable median home sale price of around $180,000 and the median rent for a two-bedroom apartment is still only around $1,000 per month. While there is a good chance that the demand for housing, and ensuing real estate prices, are bound to increase in the future, they lead to an overall cost of living that is ten percent less than the rest of the state and country.

One of the reasons why people keep moving into the Jacksonville area is because of the dramatic job growth. In 2019, the city had a job growth rate of around three percent, which is higher than the national average. Further, several industries in the area have continued to see continued increased demand including in healthcare, retail and financial services. The increased job growth has led to a continued increase in median income as well.

While the entire state of Florida is well known for having great beaches, Jacksonville can compete well with all of them. One advantage of Jacksonville is that the summers are not quite as hot and humid as other areas of the state, which makes heading to the beach a lot of fun. Overall, there are 22 miles of beaches, which tend to be less crowded than other areas as well. Along the beaches, there are a variety of casino boats and beachside restaurants that you can enjoy.

Always a Lot to Do

If you decide that Jacksonville is right for you, know that there is always something to do. Plus, you’ll find that Suddath is a great Jacksonville moving company that will help you get there. Sports fans will enjoy the city as it is home to the NFL’s Jacksonville Jaguars as well as a variety of semi-pro teams. The city also has a great zoo with hundreds of different species of animals as well as a variety of different museums, live music venues, and local markets that are always active. You are also a short drive to Orlando, which is the home to Walt Disney World and has many different entertainment options.