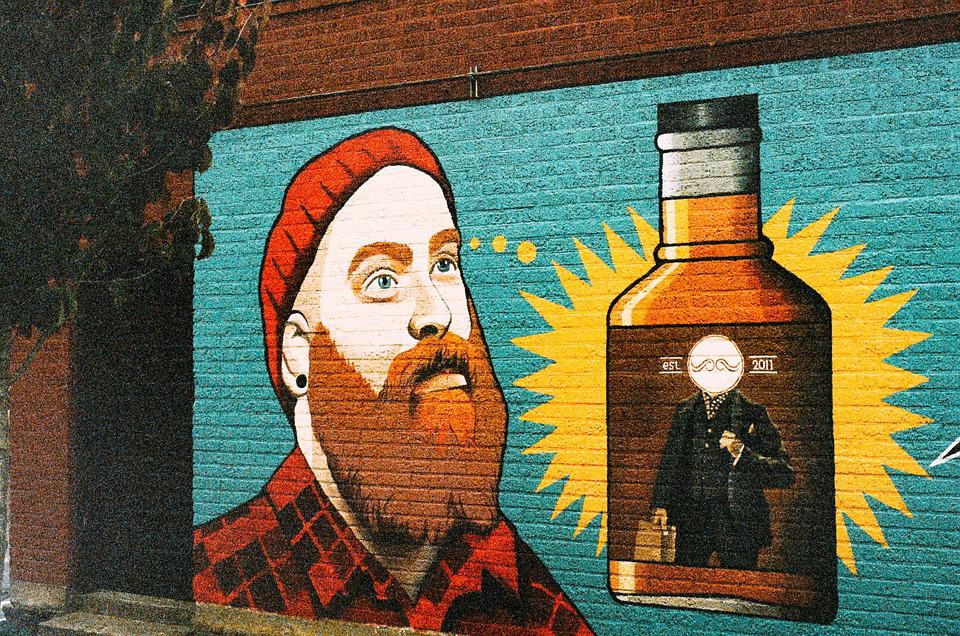 And over the last few hundred years, all kinds of interesting people have enjoyed the unique taste of this iconic spirit.

Some of the most famous people who have ever walked the Earth had a deep appreciation for whiskey, and they weren’t shy about sharing their opinions with the world.

Here are ten of our favorite whiskey quotes:

“Too much of anything is bad, but too much good whiskey is barely enough.” – Mark Twain

Mark Twain was one of the most famous writers that ever lived, and a proud American. He was also a notorious drinker, and he had a great fondness for whiskey. The above quote shows just how much he appreciated the spirit, and he was known to drink whiskey throughout the day.

Although many would consider him to be a complete drunkard by today’s standards, he nevertheless remained a functioning professional throughout his excessive drinking sessions. He had two rules when it came to drinking: He always drank with others, and he never turned down a drink when it was offered.

“Whiskey, like a beautiful woman, demands appreciation. You gaze first, and then it’s time to drink.” -Haruki Murakami

This has to be one of the most tantalizing whiskey quotes we’ve ever read, and it comes from bestselling Japanese writer, Haruki Murakami. He clearly has a way with words, and also a deep appreciation for whiskey, which he likens to a beautiful woman.

Whiskey enthusiasts are well aware of Japan’s love of the spirit, and they produce some of the finest whiskeys in the world. Haruki Murakami doesn’t have a reputation as an excessive drinker, although he did buy a jazz bar at one point – which probably gave him many opportunities to sample fine whiskey brands.

“I wish to live to 150 years old, but the day I die, I wish it be with a cigarette in one hand and a glass of whiskey in the other.” – Ava Gardner

Vintage movie enthusiasts will recognize the name Ava Gardner, who was one of the most prolific Hollywood actresses from 1941 until the 80’s. Many consider this to be the golden era of Hollywood, and it was an exciting time indeed.

During this time, Ava Gardner certainly didn’t hold back when it came to drinking. She lived life to the fullest, drinking with people like Ernest Hemmingway, her husband Frank Sinatra, Tennessee Williams, and many others.

“A good gulp of hot whiskey at bedtime – it’s not very scientific, but it helps.” – Alexander Fleming

For those who don’t know, Alexander Fleming was the Scottish biologist responsible for the discovery of Penicillin, the world’s first antibiotic substance, he also found time to pen down one of the favorite Whiskey Quotes of all time. Penicillin would later be used to cure all kinds of diseases and infections, including Scarlet Fever, Diphtheria, and pneumonia.

Alexander Fleming actually discovered the antibiotic substance by complete accident. Perhaps we can thank his more relaxed, experimental scientific mind for this amazing discovery. And judging by this quote, he appreciated the effects of whiskey, even though the benefit was “not very scientific.”

“I have never in my life seen a Kentuckian who didn’t have a gun, a pack of cards, and a jug of whiskey.” – Andrew Jackson

Andrew Jackson was the seventh president of the United States, and quite a character. We didn’t find much background for this quote, but one can only assume that the ex-president was joking around as he spoke this now legendary of whiskey quotes.

Andrew Jackson’s inauguration was the scene of the most raucous party that the white house ever witnessed. The man was a legend in his own right, and he reportedly enjoyed rye whiskey the most.

In case you were wondering, the word “sot” basically means “alcoholic.” But was Jefferson really in a position to point the finger? The third president of the United States was well-known across America for his love of wine.

Although Jefferson clearly wasn’t a fan of whiskey (judging by this quote at least), he most certainly drank throughout his life. He insisted that he was not a drunk, and preferred to think of himself as a wine connoisseur.

“What whiskey will not cure, there is no cure for.” – Old Irish proverb

Although we can’t attribute this to a single source, it’s one of the best whiskey quotes, that we just had to include it in our list. The Irish are well-known for their love of whiskey, and a variety of other spirits as well.

While we can’t attest to the medicinal qualities of whiskey, there is probably an ounce of truth in this statement!

“There is no bad whiskey. There are only some whiskeys that aren’t as good as others.” – Raymond Chandler

Raymond Chandler was a famous novelist and screenwriter, and wrote books such as The Big Sleep, The Long Goodbye, and The Little Sister. Almost all of his books were turned into screenplays.

Despite the amicable nature of this quote, alcohol was almost certainly a bad influence on Raymond Chandler. He suffered from clinical depression, and drank heavily as a result.

“Happiness is having a rare steak, a bottle of whiskey, and a dog to eat the rare steak.” – Johnny Carson

Johnny Carson is a name that many of our readers will remember. He was the host of The Tonight Show With Johnny Carson, and he was also a comedian, writer, and producer.

Not much is known of Johnny Carson’s personal life, as he was famously private – keeping to himself outside of his appearances on television. From this quote, we can assume that he enjoyed whiskey – although he once admitted that he didn’t handle alcohol well.

“I like my whiskey old and my women young.” – Errol Flynn

For many people, Errol Flynn is somewhat of a mystery. There are so many rumors and theories surrounding this famous actor that it’s hard to figure out what is true and what isn’t.

We won’t get into his apparent fondness for underage girls… But his love for whiskey seems like one of the few uncontroversial truths of this famous actor’s life.

History Of The Old Fashioned Cognac Vs Bourbon

10 Best Types of Whiskey Glasses to Use